Would you do me a favor? I’m married to a great lady. To this day, I still wonder why she ever married me. She’s perceptive, persistent, strong and considerate. She always considers what’s best for others. She feels for others and thinks their thoughts. Strangers tell her personal stories all the time, and they don’t know why they’re doing it.

Vicky has juvenile-onset or Type 1 diabetes, a disease now believed to be an autoimmune disease – one caused by a malfunctioning autoimmune system. She’s had it 42 years. She has to wear an insulin pump and be conscious of her blood sugar levels all the time. According to the doctors, she’s not your normal juvenile-onset diabetic, either. Her blood sugar and her metabolism fluctuate widely with no apparent direct cause. Many doctors doubted that fact until they found out for themselves.

It’s a daily grind. She intensely dislikes the hassle and the expense. She hates it when her blood sugar climbs very high and she feels weak and nauseated. She also hates how when her blood sugar falls too low she can be irrational and we even have to call an ambulance from time to time.

About 8 years ago she started feeling pain in her joints. Doctors initially diagnosed it as Rheumatoid Arthritis, another autoimmune disease. In addition to the joint pain, she can have days where she has no strength; she’s simply weak and miserable. Over the last 8 years, doctors have prescribed increasingly new and radical drugs to treat the disease. For each one, either the drug was ineffective or after time Vicky would experience some side effect of the drug that would force her to eventually choose the pain of arthritis over the consequences of the drug. Each new drug brought weeks or months of struggling with new side effects, until the eventual resignation to the disease.

In the course of fighting these problems, we’ve also found a vitamin D deficiency, and she’s been treated for hyper-thyroid. She even had to have her gall-bladder removed. These last 8 years have been very difficult for her. 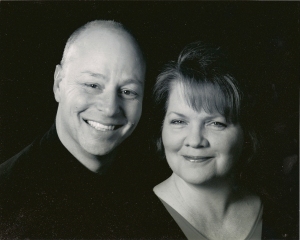 About 10 weeks ago, Vicky stopped taking the latest drug, a very new drug with paragraphs of warnings and risks. The drug simply made her more miserable than the arthritis did.  For a couple of weeks, Vicky felt better. But slowly the pain came back and so did the fatigue. As it did, discouragement set in. Here we go again.  It seems to be a paradox: if the Rheumatoid doesn’t kill her, the medicine will.

Weather contributes to her pain and fatigue too. The consequences of the arthritis are exacerbated by changes in the weather, which happens frequently in Oklahoma.

The net effect of all of this is that Vicky is very discouraged and very tired.

Would you please pray for my wife? Pray for her healing and for joy and strength dealing with all of this. Pray for us that we will believe God for what He can do and whatever He does. Pray that God will bless and heal Vicky.

Thank you. We know your prayers matter. God’s not making up His mind, but He allows us the opportunity to participate with Him in His work. We’re grateful for you.

20 responses to Prayer for Vicky 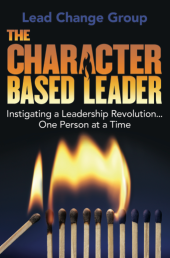 Follower of Jesus interested in applying character-based leadership to make a positive difference. My passion is to Elevate Purpose and Mobilize People. I want to live my life daily moving one notch closer to Jesus and helping anyone else do the same.